What to do in Sydney if you are there for a day? Well, you can roam around the city by foot and see its iconic places.

Anzac Memorial is located in Hyde Park on the eastern edge of Sydney Central Business District. It is the place where important occasions like Anzac Day and Remembrance Day are usually held to commemorate the service and sacrifice of Australian men and women in war and peacekeeping. 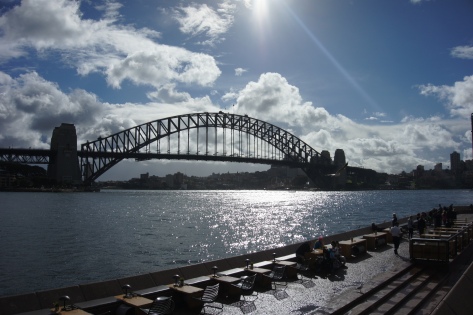 The Sydney Harbour Bridge is nicknamed as “The Coathanger” because of its arch-based design. It has a measurement of 134 m (440 ft) from top to water level. After building it for eight years, it finally opened in 1932. In 2007, it was added to the Australian National Heritage list. 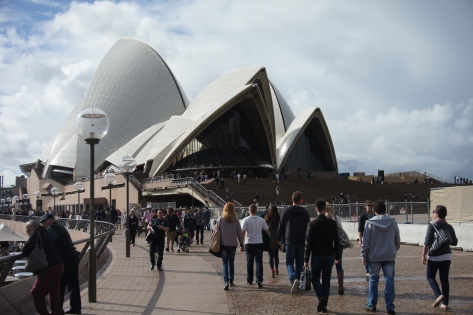 The Sydney Opera House was designed by Jorn Utzon, a Danish architect. It opened on 20 October 1973, and in 2007, it became a UNESCO World Heritage Site. The Opera House is a multi-venue for performing arts in Sydney with over 1,500 performances annually, attended by more than 1.2 million people.

“Forgotten Songs” is an art installation created by Michael Thomas Hill. It was installed in 2012 at Angel Place in George St to Pitt St, Sydney. This installation commemorates the songs of 50 birds once heard in central Sydney before they finally moved out following the European settlement. The sounds coming from the birdcages change as the sun starts to disappear. The songs of daytime birds can be heard during the day while the sounds of nocturnal birds can be heard when the sun vanished at night.

Indeed, these are the places worth seeing when roaming the beautiful city of Sydney!